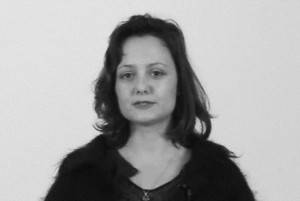 German-born Madeleine Kelly, who arrived in Australia in 1980, primarily works in painting. She majored with 1st class Honours in Fine Art from the Queensland College of Art, Griffith University in 1999, and her practice-led PhD was conferred by the same institution in 2013.

Her art explores the materiality of images – in particular painting, as an earthen testimony figured from the ground that speaks of the primal frontiers of art, such as material transformation, as well as environmental contingencies. In this context, her work avoids dogmatism by depicting protean and rubric worlds.

Madeleine Kelly has been invited to exhibit in both public and private spaces, including Primavera 2005 at the Museum of Contemporary Art Sydney, and Ten Years of Contemporary Art: The James C Sourris Collection 2012 at the Queensland Art Gallery/Gallery of Modern Art. She has won several awards including the Melville Haysom Memorial Art Scholarship, and the 2004 Churchie Prize for Emerging Art. In 2005 she was the recipient of the Australia Council’s Paris Studio Residency, and in 2011 she received an Australia Council established artist’s grant for New Work. Her works have entered many public collections in Queensland, including The Gallery of Modern Art/Queensland Art Gallery and several permanent university collections. She currently lives and works in Wollongong.

An Inca Cola soft drink label is used as the starting point for Madeleine Kelly’s Broken Memories. Here Madeleine creates a memory landscape emanating from the presence of her grandmother, an Inca Indian. Striations of paint allude to the protean attributes of the earth and its pigments, and these painterly layers become a ground to mediate memories that are in turn fragmented and broken. But there are continued connections to this memory space. The enlarged ear suggests listening and knowing, maybe through sound waves, of the past and the future. It is a totally understated connection. Invisible but felt. 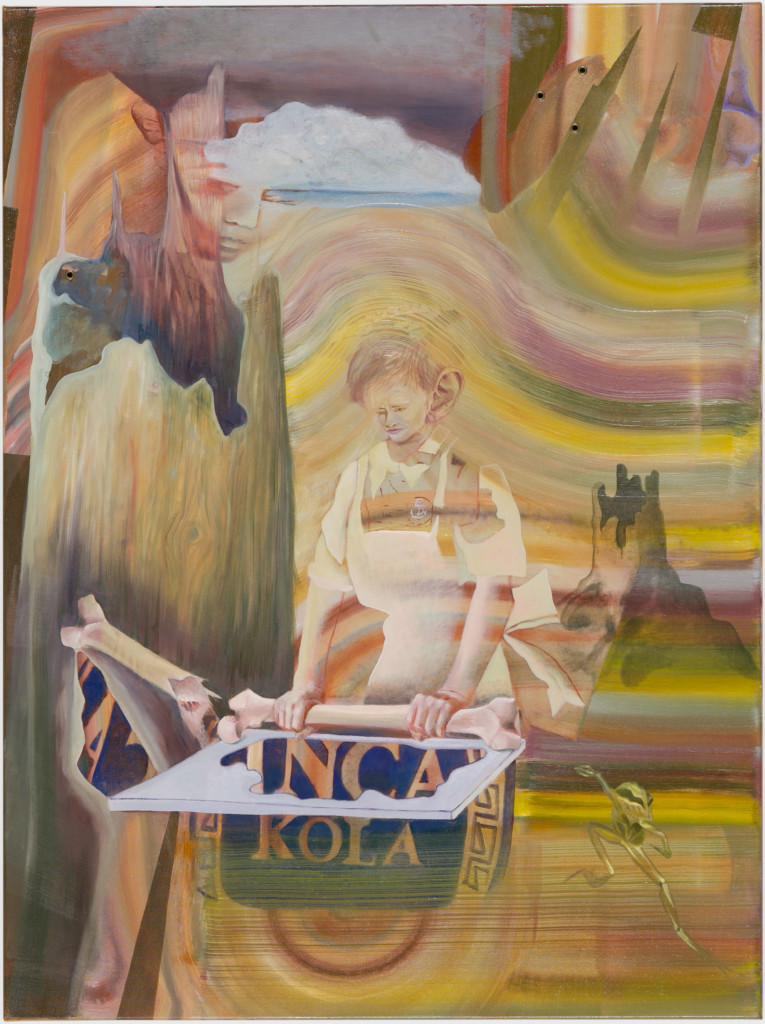